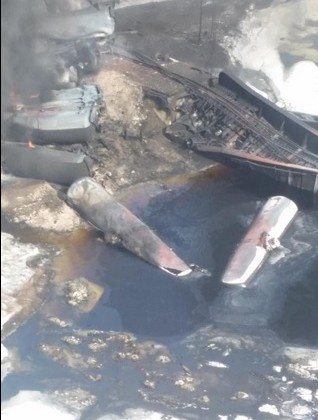 Canadian National says it could have done a better job at telling residents of Gogama how its oil spill cleanup was progressing.  That’s what Nickel Belt MP Marc Serre told Moose news after he held a roundtable discussion involving all the groups the spill affected.

Last year’s spill dumped one million litres of oil into the Mattagami River.  Serre says residents were concerned on how little they were kept up to date by C.N. about the clean-up.

Serre says C.N. plans more updates but one thing it can’t promise is how long the cleanup will still take.  He says the oil spill will take time to cleanup but C.N. is staying until the job is done.

Serre says C.N. has offered tours to residents to see how the cleanup is coming along so they have a better idea of what’s involved.