Timmins Chamber welcoming its incoming President for the upcoming year 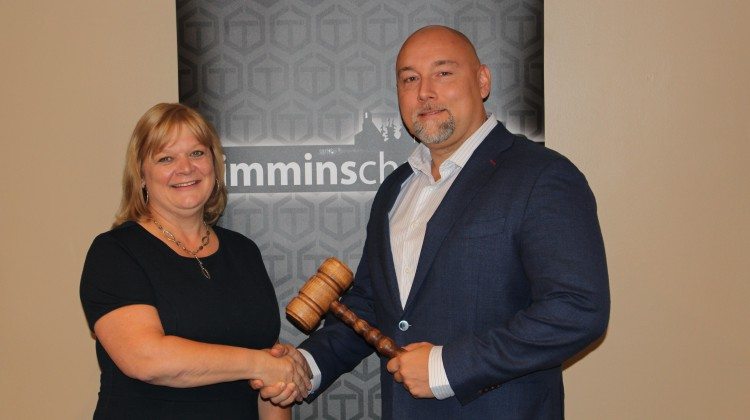 The gavel is being exchanged at the Timmins Chamber of Commerce, which means its incoming President for 2016-2017 is taking over. Christine Bender takes over the position from outgoing President Kurt Bigeau.

Bender says she will continue on with the Chamber’s crusade to fight high hydro prices. She says it’s one of their biggest problems, and policy issues will continue to be brought to the Wynne government through the Ontario and Canadian Chambers. She says the issue is not going to fall off of the agenda anytime soon.

Bender works at Northern College, and she calls the partnership between the school and the Chamber a great one. Between the labour market information, the way the two work together, and identifying skill shortages, Bender will have information and ideas to exchange between the college and the Chamber. She says it will help to ensure the school is offering the best programs suited for our community.

Bender also notes she will continue on with the Chamber’s partnership with mayor and council. The city has been in discussion with the Chamber a lot over the past year, particularly about procurement. Bender says council members will come to their meetings to talk about some of the changes they are pitching, and to hear the Chamber’s input. Bender says that dialogue is already open, and is something she will continue with.

Bender will be officially sworn in as President later this month, at the Chamber’s Annual General Meeting.