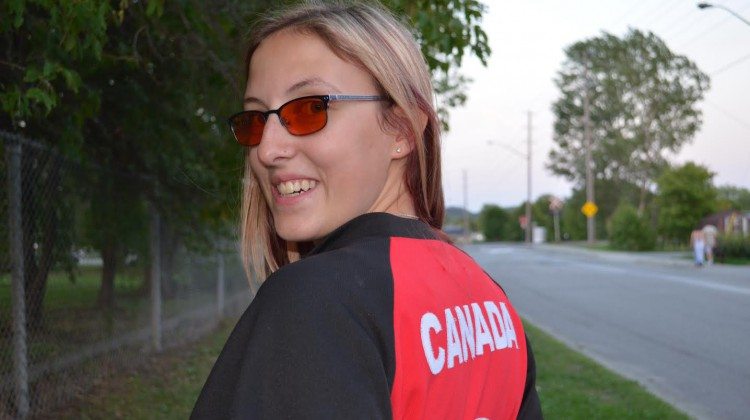 A Timmins resident is boarding a flight to Rio today, to compete for Canada at the Paralympic Games. Meghan Mahon, who now lives in Sudbury but is from Timmins, has a condition called achromatopsia that leaves her with only 10 per cent vision.

She is competing in  a sport called Goalball, which is the official sport of the blind and visually impaired, and is like a variation of handball.

Mahon says competing for northern Ontario has a huge significance for her, as she says it’s not often you hear of Northerners competing on the worldwide stage. She says you’ll often hear of athletes from Toronto, Ottawa, or Windsor, but not so much from Timmins, Sudbury, or North Bay. She says all of the smaller communities get pushed off the map when it comes to games like this.

Mahan says being able to have her community behind her makes her feel like she is bringing all of Timmins with her to Rio.

This is the first time Mahon will be going to the Paralympics, and says she is going to learn everything she can about the international tournament. She is the only rookie on the team, as everyone else has been to at least one Paralympic Games. She says her goal is to be a sponge, soaking up everything she can about the experience. Mahon says she is both excited and nervous for the event, saying it will start to feel real once she boards her flight today.

The Paralympic Opening Ceremonies are on September 7th, and the first Canadian Goalball game is on the 9th. Mahon says the game won’t be getting any TV time, but fans can still follow the team’s progress on social media with the Canadian Blind Sports Facebook and Twitter pages.