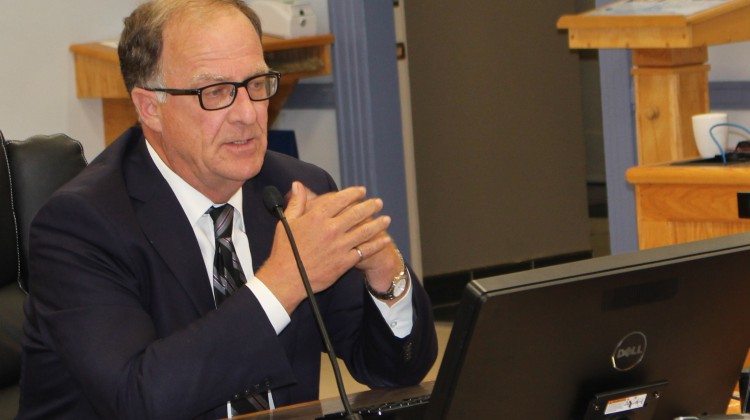 An infrastructure management group is giving Timmins another option when it comes to the Connecting Link, one that addresses the issue of the ore trucks along the road. David Pratt, a 25-year civil engineering expert, spoke to city council last night, saying the project could be broken down into two phases.

Pratt says the first phase would be a $20 million bypass extension, which would serve as an alternative route for heavy trucks. He says there have been concerns about mining trucks along Algonquin, which is affecting the quality of life of the main artery through town. And, as Pratt points out, there is no alternative option. He says the bypass extension would allow for the trucks to avoid Algonquin, and will also help the regular flow of traffic.

Pratt says just re-doing the Connecting Link will cause a lot of disruption. So, if there is an alternate route, traffic could be diverted to that route. Pratt says that will make traffic management during construction that much easier, and will help to drive the cost down.

Pratt says the second phase would then be around $100 million to redo the 21 kilometres of the Connecting Link. That would continue the work that is beginning this week on phase one, around Bruce Avenue in South Porcupine.

Pratt, who works at Leigh Fisher, also says the city should be looking at the private sector to help pay for the road. He says there is an option called AFP, which stands for Alternative Financing and Procurement. That’s not the traditional design-bid-build, which is where the city hires an engineering company to design the project. It’s then put out to tender, and then a contractor is hired to build it. Pratt says AFP will take that method, but will integrate the design, the build, the finance, and the maintenance.  He says it will also bring the private sector in to look at the entire life cycle of the project, and to help fund it.

The city is now going to review the opportunities outlined by Pratt, and look at their options when it comes to moving the project forward. This comes as funding from the province is not guaranteed for the entire project, as the city will have to apply for money for each year of the 10-phase project.

Photo: The proposed bypass extension, which would cost around $20M. Supplied by David Pratt. David Pratt’s outline for funding for the project.