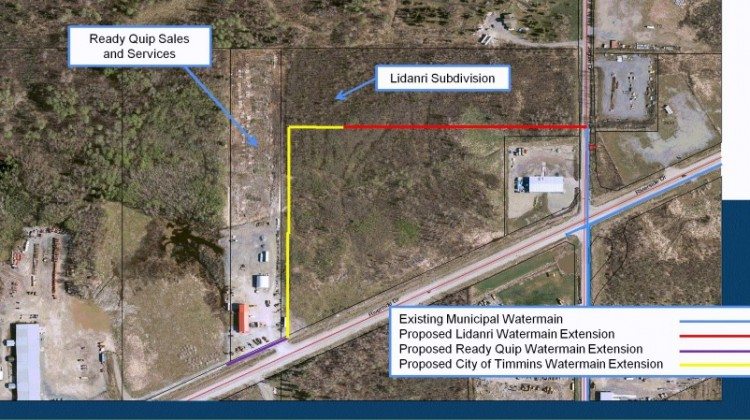 Timmins council is continuing its discussion on extending the water main down Riverside. This comes as Ready Quip is asking for the extension, as they want to tap into it for fire protection services. The original cost was going to be around $120,000 for the city. However, Mayor Steve Black says some changes have been made to bring that number down. He says it’s come down to about $80,000 and the rest would be covered by the developers.

The extension would open up water access to two other lots that are developed in the area. The city would then have the option to charge those lots up to $40,000 each to try and recover the full cost, if they choose to connect to the water line.

Black says extending the water line works out alright for the city, since it will open up other developments and access to water. He says there is some cost to the municipality if they go ahead with the extension, but notes there are some benefits.

Council is expected to vote on the expense during their August meeting.