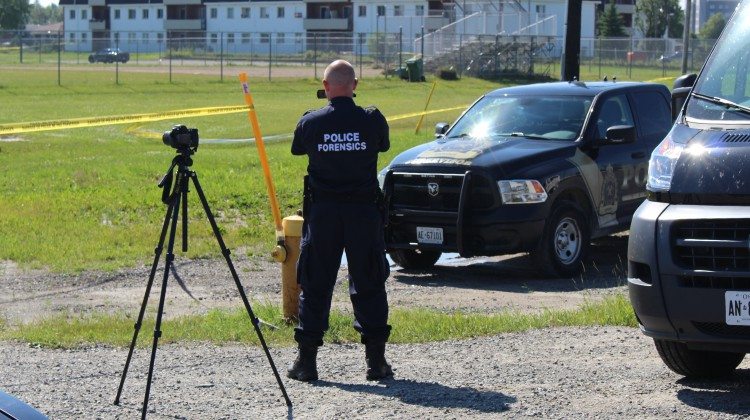 The Timmins Police Service is investigating a suspicious death at Bozzer Park. A man’s body was found early this morning. No other details are being released about the man, how he died, or where in the park his body was found.

Communications Coordinator for Timmins Police, Mark Depatie, says they are working to confirm his identity, and the next of kin will be notified. Once that happens, the information will be released to the public.

Depatie also says the police are asking the public to stay away from the park for the time being. He says it is still an open crime scene, and the forensic team is continuing its investigation. However, anyone with information is asked to call the police at 705-264-1201.

The police, the forensic unit, and the criminal investigation division are all on scene this morning.