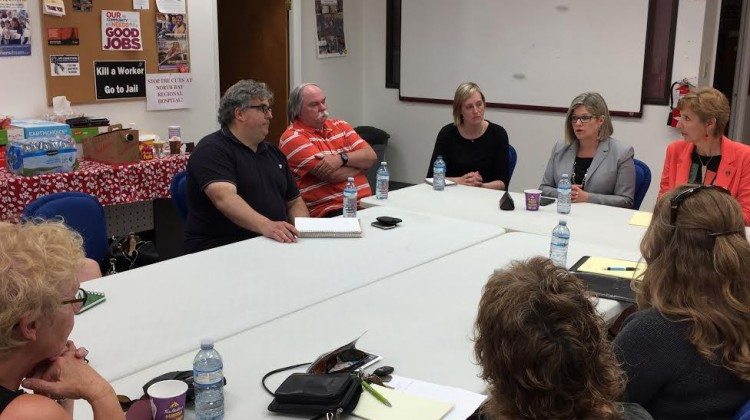 Provincial New Democrat leader, Andrea Horwath, is continuing to raise red flags over healthcare cuts in Ontario. Horwath is saying this is the silent crisis of the Wynne government. She says the Liberals are trying to justify the cuts, but in reality they are just doing damage to patient care.

Horwath was in North Bay this weekend, in an effort to deliver a message to Premier Kathleen Wynne. She is asking for the layoffs of hospital staff to stop, and for stable and predictable funding to be restored in hospitals across the province.

Horwath says it’s not just the North Bay hospital getting hit. She says many hospitals in Ontario, including Timmins, are seeing layoffs and service cuts. Horwath says the NDP are fighting for stable funding, but adds the public also has to step up and demand better healthcare.