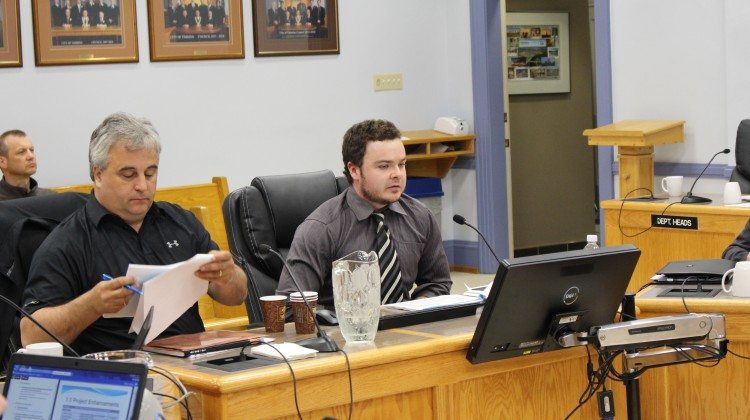 Timmins city council is making some decisions about upgrades to the Connecting Link, spending just over $5 million on the enhancements. Some of those upgrades include a pedestrian sidewalk to Walmart, bike lanes, and a median on Rae Hill.

That median on Rae Hill comes at a cost of $1 million, but council was unanimous in its support for it, as Councillor Andre Grzela says, it’s a safety factor. He whenever there was a terrifying and atrocious accident, most of the time it happens on that section of the highway. Grzela says that should warrant city council to justify putting something there to protect drivers of the Connecting Link.

Another one of the enhancements voted on was eliminating the sag on the Algonquin ONR Bridge. That in itself is costing $3.2 million, but as Mayor Steve Black says, it will satisfy all parties involved. He says it eliminates the sag, and brings up the development level of the highway. Black says that what the developer wants; for access and marketability of their property, and potential future developments. It will be a joint use structure for the snowmobile club, which will still allow them their crossing. Black says one of the major concerns was getting rid of the sag in the road, to bring the property level flat with the road, so the area can be developed in the future. Council could have gone the cheaper route of just over $2 million to get rid of the bridge all together, but decided to go in this direction instead.

The most expensive enhancement option was burying the overhead power lines underground, at a total cost of $43 million. However council ruled that out, essentially saying it wasn’t worth the cost. Councillor Andre Grzela says burying the lines is just for beautification purposes, when they could instead be looking at safety measures, or things that are useful in terms of infrastructure. But, he says, beauty at that price is hard to swallow.

All of the approved enhancements are:

However the city does point out these are preliminary decisions, and could still change as the design phase gets underway. The entire project is costing just over $100 million, which includes the reconstruction and the agreed upon upgrades. The next phase is sending out a Request for Proposal for all stages of the project, in order to get designs started.