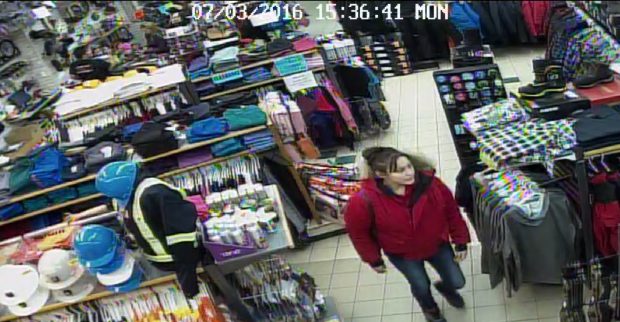 Photo: Supplied by the Timmins Police.

A theft at Albert’s is under investigation by the Timmins Police. It happened on Monday March 7th, when Constable Nick Osborne says two women entered the store. He says they were acting “odd”, refusing help from employees, and leaving the store moments after entering.

Security tapes caught one of the women tuck a jacket under her coat, and walk away without paying. Osborne says she is described as Aboriginal, with a thin build and dark hair. She was wearing a red winter jacket, with fur around the hood, blue jeans, and hiking boots.

Anyone with information is asked to call Crime Stoppers at 800-222-TIPS, or go online to Tip Submit.