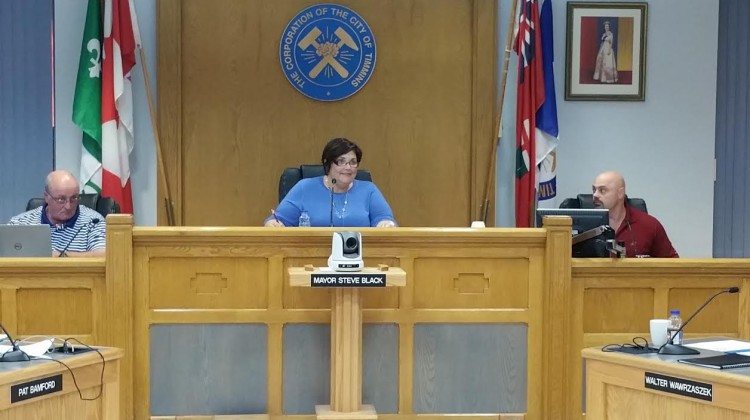 Timmins’ lone female city councillor is bringing awareness to the importance of fair and proper representation. Noella Rinaldo says it’s important that council looks as the city does, to ensure the voice of everyone is included in discussions. This is all part of today’s International Women’s Day, which brings awareness to the many accomplishments of women across the world.

She says being the only woman at the table does have some pressure, and she is very conscious of the division. However Rinaldo says she doesn’t let it intimidate her, and she will continue to fight for the best for her constituents. On top of being the only female city councillor, Rinaldo is also the Executive Director of the Business Improvement Association in Timmins. When asked if being a female role model was an active decision, she says it wasn’t planned, but just worked out that way.

She says she’s always been involved in the city, sat on boards, and council was the next step. She says it all started when she owned a men’s clothing store, when it was unheard of for a woman to own a men’s store. But she says she never thought of it like that, and just did the work. Now she says it’s the same thing with council.

Rinaldo says she brings different aspects to the council table as a woman and a mother, and has a different view on various issues. Council is often described as the “old boy’s club”, which Rinaldo agrees it does seem that way at times. She says this group of councillors is very different from last term, and you can feel the divide when you walk into council chambers. However she says she will continue to do her thing, and go forward with what she thinks is best for the city.

The theme for this year’s International Women’s Day is Pledge for Parity.