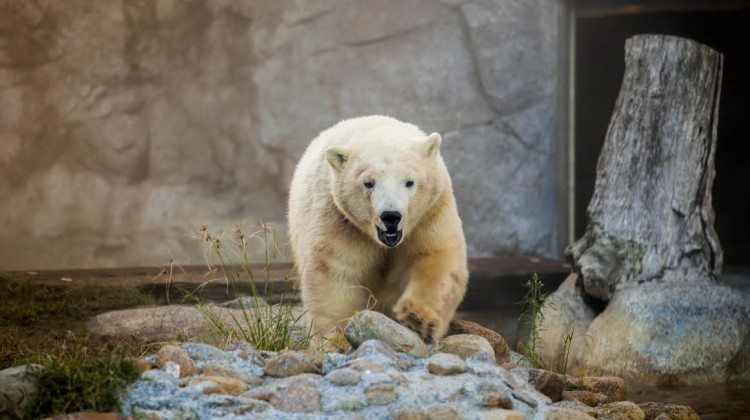 The Cochrane Polar Bear Habitat is officially debuting Henry today. His 30-day quarantine period is over after making the trek from Sea World in Australia. He’ll be making his first official public appearance at 11 this morning in the big pool.

Habitat Manager Karen Cummings says the 700 lbs bear is adjusting well, and has had some interaction with their other bear, Ganuk. She says Henry has had access to different rooms, so the two have seen each other. Cummings says they seem curious about each other more than anything else, which is a good sign.

The Polar Bear Habitat has recently been accredited by the Canadian Association of Zoos and Aquariums, which means they are able to add bears to their habitat in the future. Also in the habitat’s future is the completion of their natural lake enclosure. Once that lake is enclosed, the habitat will have the most space for polar bears of any facility anywhere in the world.

Check out the Polar Bear Habitat website for the full schedule of when to meet the bears.