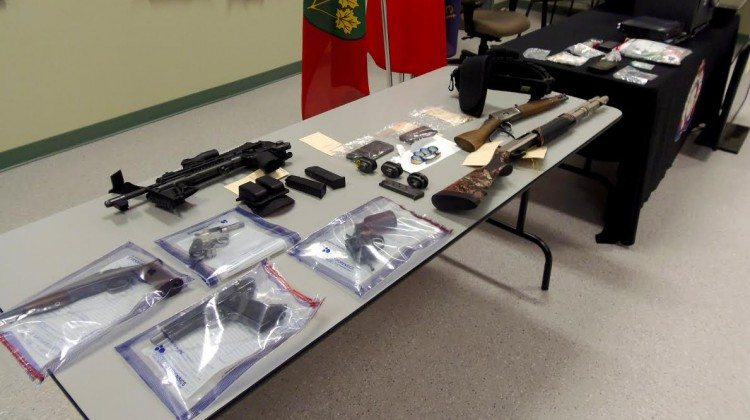 More than $15,000 in drugs, eight guns, and explosives are all off of Timmins streets. A lengthy investigation started when a home in the south end of town was broken into in early October. A safe was stolen during that break and enter, which had four handguns and three long guns inside, all legally owned by the home owner.

Eight people are now being charged with multiple offences. A total of 59 charges have been laid for things like trafficking firearms, trafficking drugs, and carrying a concealed weapon.

Among the drugs found during the search warrants are Fentanyl, meth, Cannabis resin, and other paraphernalia. Police also found a sawed-off shotgun and five sticks of explosives.

Also connected to this investigation was a break and enter into a local restaurant. They also had their safe stolen, which held several thousand dollars.

The Timmins Police worked with the OPP’s EDU officers and canine units to make the arrests.