A Liberal majority win is good news for Timmins, according to Mayor Steve Black 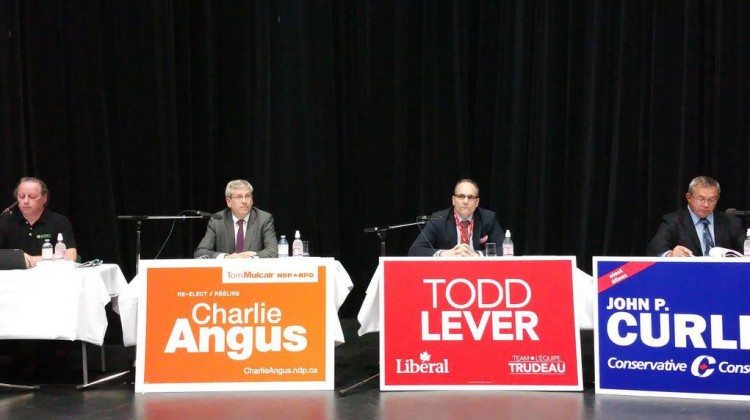 Mayor Steve Black is weighing on the federal election results. Black says although he backed Conservative candidate John Curley in the last couple weeks of campaigning, the red wave took off across the country and Justin Trudeau was successful in getting a majority win. Black says although it’s a Liberal majority, he is happy with the results.

He says he doesn’t like minority governments of any kind, because you get a lot more done with a majority. He says they can implement their promises and move forward, which is good news for the municipalities. That way the city has an idea of what’s coming, instead of trying to guess what will pass through a minority.

In Timmins-James Bay, New Democrat Charlie Angus was re-elected for a fifth straight term, one of only three northern Ontario seats that didn’t go Liberal. Algoma-Manitoulin-Kapuskasing also returned to their New Democrat incumbent, while the Conservatives held onto Parry Sound-Muskoka with Tony Clement.