There is no conflict of interest, says Dubeau 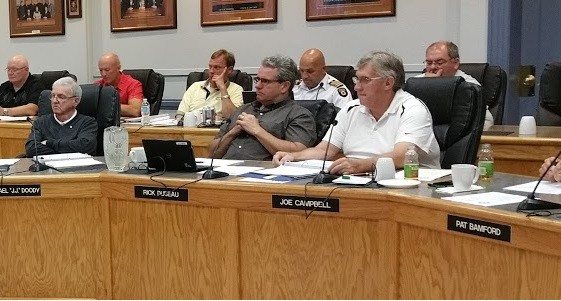 City Councillor Rick Dubeau says there has been no conflict of interest when he asked for a meeting with the Minister of Northern Development. Dubeau called a last minute press conference yesterday afternoon to give his side of the story. He was trying to get into a meeting with Mike Gravelle, who heads up a branch of the government that funds northern Ontario businesses. But Dubeau says he was clear about wanting that meeting as a businessman, not a councillor.

He says he has spoken with Gravelle before, and has emailed his business plan. Dubeau says Gravelle likes the plan. Dubeau says the meeting was a chance to shake hands, and if the Minister wanted to ask a question he could have, but he wasn’t going to broach the subject himself.

Dubeau says he wouldn’t have gained anything financially from that meeting. He says the business has already taken off in Toronto, and he is trying to get more operations, and therefore jobs, in the north.

He says a councillor and a businessman are two different roles. He says businessmen approach council all the time, and he went to Mayor Steve Black as the Chief Operating Officer of his company, Fireline.