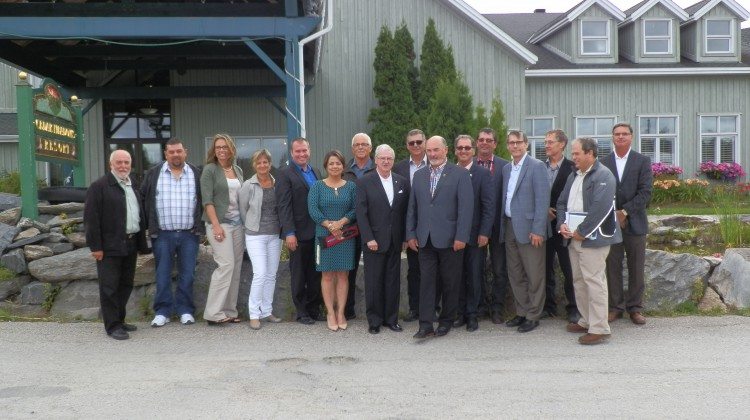 Forestry representatives from across Ontario and Quebec met in Timmins Tuesday to talk about controversy surrounding the sector. Almost 20 industry leaders, First Nation representatives, and Mayors from Quebec and Ontario, talked about the impact the environmental campaigns have on Northern businesses.

Environmental groups, like Greenpeace, have been attacking the industry, saying that the Boreal Forest is being over-harvested. President of FONOM, Al Spacek says that isn’t the case. He calls it a campaign of misinformation, about how forestry is conducted in Northern Ontario. He says the industry adheres to high provincial and Canadian environmental standards, one that is highly respected across the world.

Spacek, who is also the Mayor of Kapuskasing, says the mayors talked about developing a strategy to get their message out, which he says they haven’t been successful at so far. He says the area and the communities are at fault, taking it for granted that people know that the industry abides by those high standards. The group has work to do to talk to those outside of Northern Ontario. Spacek says the message is they have been here for hundreds of years, and intend on staying here for generations to come.

Timmins Mayor Steve Black echoes those comments, saying the group talked about how to get that message out. Black says some of the public comments are misleading, and he wants it known that no one does it as well as they do in the world.

Black says getting the group together is the first step, but the next one is coming up with a formal process to invest money into the cause. Richard Brooks from Greenpeace was invited to the meeting but couldn’t make it due to scheduling conflicts.