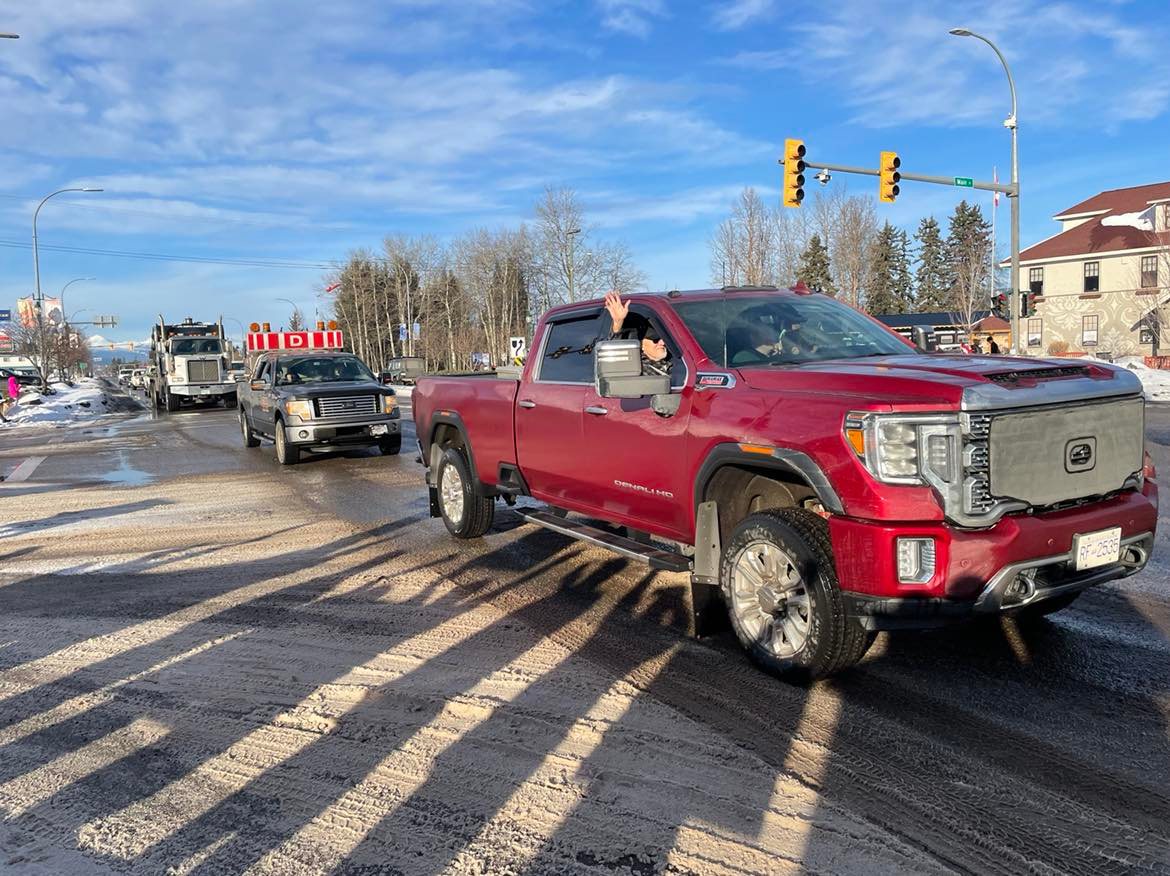 Protesters remain on Parliament Hill for Day Three of the Freedom Convoy rally.

Ottawa Police are again asking people not to travel into the downtown core and ask that parents call ahead to schools to make sure they are open.

While police are trying to negotiate with the protesters to “facilitate the safe departure of individuals and vehicles and to ensure safety.  Police are aware that many demonstrators have announced their intention to stay in place. This will continue to cause major traffic, noise, and safety issues in the downtown core.”

The statement continues to say that the need to de-escalate has been required and officers have seen multiple cases of disruptive, inappropriate, and threatening behaviour.

Police have opened investigations into the desecration of the National War Memorial and the statue of Terry Fox.

As of Sunday afternoon, there hadn’t been any arrests.

Organized by truckers opposed to the vaccine mandate for cross-border drivers and other public health restrictions many involved in the Freedom Convoy say they will stay in Ottawa until their list of demands is met.

That list of demands includes; an end to vaccine mandates, no mandatory masking, and the rehiring of every person who has lost their job for not being fully vaccinated.

A Memorandum of Understanding from the group Canada Unity also sets out a plan to dissolve the federal government and replace it with a committee made up of Senators, the Governor-General, and other members appointed by Canada Unity.

Ottawa Police estimate the cost to police the protest is $800,000 a day.