Arrest made in Timmins stand off incident 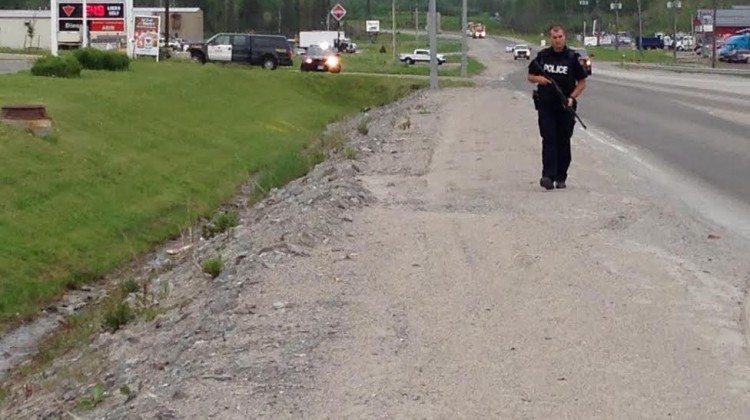 A Timmins man who set off an armed stand-off in the city last month has been arrested by police in Timmins.  Among the charges the 26-year-old faces are disguise with intent, break and enter and possession of property obtained by crime.  A man broke into a Canadian Tire store June 17th and police thought he was still inside when they cordoned off the area.  In fact the man slipped out before the building was secured.  Missing from the store were several air rifles and air guns, weapons police have not yet recovered.  The man is also charged with break-ins and two other Timmins businesses and he`s back in court August 18th.