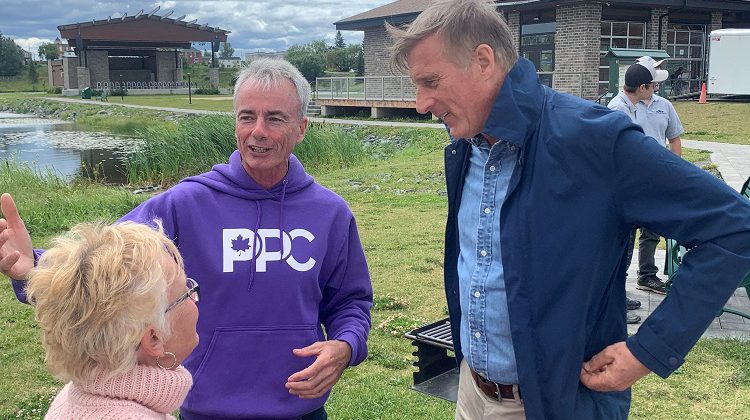 The leader of the People’s Party of Canada says his is the only national party that will end COVID-19 style lockdowns.

Maxime Bernier said that today in Cochrane, on what he calls “The Mad Max Freedom Tour”.

“It’s the first time in human history that we are using lockdowns to kill a virus,” he claims. “It’s a failed experiment and we must stop that.”

Bernier says every business is essential, and lockdowns only harm them.

“We’ll do all these important reforms to have a smaller government in Ottawa that will be able to balance the budget not in ten years like (federal Conservative leader) O’Toole is saying, in four years.”

After that, says Bernier, he’ll give more of the government’s money back to Canadians.

He speaks tonight at 6:30 at Participark in Timmins.