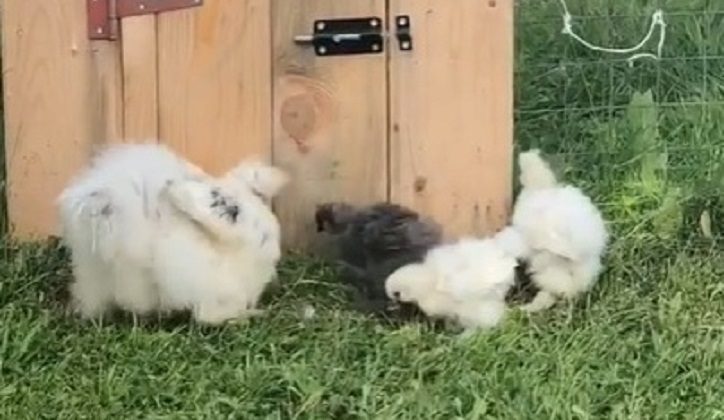 Week 4 of the Mountjoy Farmers Market goes tomorrow at Participark.

“They’re a Chinese chick,” he says, as someone who raises the chicks with his wife. “They’re a little bit different from the regular chickens as they’re probably half the size, but they still give us thre to four eggs a week, but they’re a great, great pet and really friendly to play with.”

That’s one feature of this week’s offerings.

“We might have some live music,” Whissell adds. “Rain or shine, come on out. Bring your umbrella.”

Market hours are 9:00am to noon, right next to the Mattagami River on Riverside Drive.