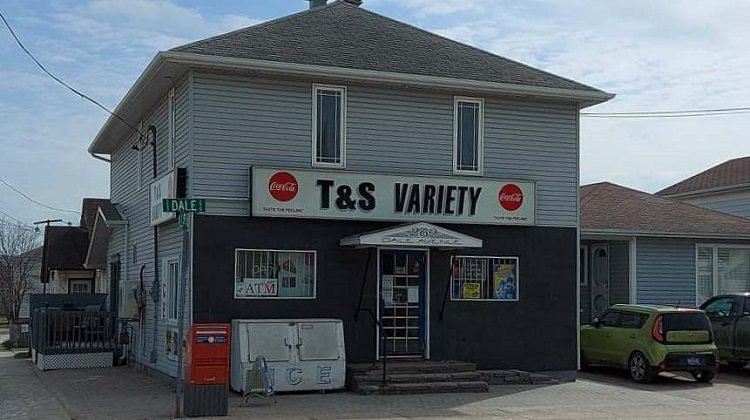 T&S Variety is across Spruce St. S. and about half a block north of the new location for Living Space. (Bob McIntyre, MyTimminsNow.com staff)

It doesn’t take a scientific survey to determine that many of the neighbours of the new Spruce Street location of Living Space don’t want it there.

André Gagnon and his wife own T&S Variety Store, across the street and a half-block up from the building.  They’re not only concerned about the effect on their business and property values. Gagnon says the biggest worry is all the kids in the neighbourhood.

“We have no qualms about the homeless,” he notes. “It’s just it’s a recipe for disaster if you bring the addicts in.”

Gagnon explains that the drug addicts among the homeless will create a hazard by leaving used needles lying around.

“We have concern for safety in a neighbourhood,” he reiterates. “You go downtown during nighttime, Downtown Timmins is a ghetto. It’s terrible. We don’t want a neighbourhood to start looking like that.”