You think Timmins roads are bad now? How good do you think they were in 1914? 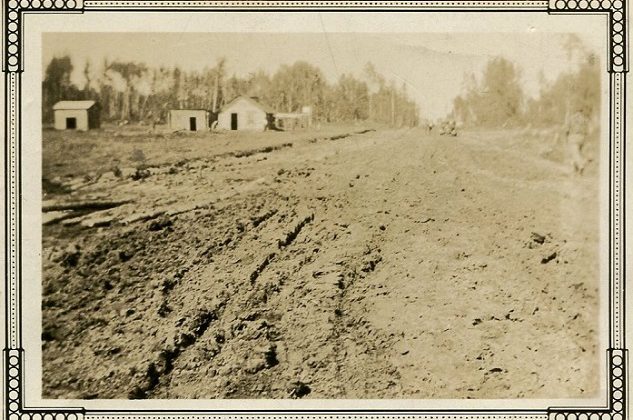 Two seasons in Timmins have merged this year: pothole season and roadwork season, especially with the reconstruction of Algonquin Boulevard.

The next few weeks in our look at local history, we’ll go back to the conditions early settlers had to put up with.

“Those issues will go back right to 1914,” Timmins Museum director-curator Karen Bachmann tells us.  She says roads built in 19ll were full of tree stumps.  They were gone by 1914, but people still had a lot of road problems.

However, Bachmann adds, there were probably only ten or 20 cars in town – and they were only used from spring to fall. The biggest problems were encountered by people walking the mud and the ruts.

“You’ve got to trudge through these things. Women are freaking out because it’s hard on shoes, it’s hard on dresses and all of those good things.”

Next Monday: Some of the measures used to tame those problems… and some of the other obstacles for road users.