How Downtown Timmins came to be 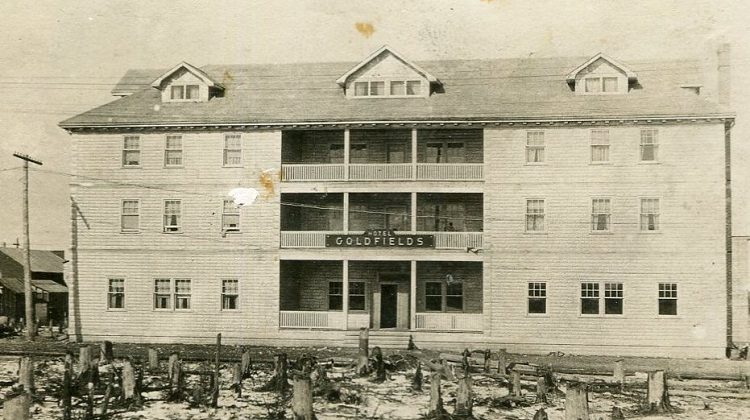 We’re staying on the streets of Timmins as we’ve done the past several weeks, looking back at local history. Today, the genesis of Downtown Timmins.

Museum director-curator Karen Bachmann says that in 1911, Noah Timmins sold properties  northwest of his Hollinger Mine.

“So the community itself then developed into the core of downtown Timmins,” she relates, “which was First Ave. to Sixth Ave. and then Spruce St. down to Birch.”

By the next spring – 1912 – businesses began popping up.  Bachmann says among them were Bucovetsky’s, and J. P. McLaughlin’s grocery store.

“There are at least five saloon owners in that area,” Bachmann notes. “There’s a hotel and there’s a second hotel that’s being developed by Noah Timmins himself called The Goldfields, which is now the lot where the Scotiabank is located.”

Next week: Noah Timmins tackles the entrance to downtown.