Here comes Phase 1 of 4 of the Algonquin Blvd. rebuild, Thériault to the bridge 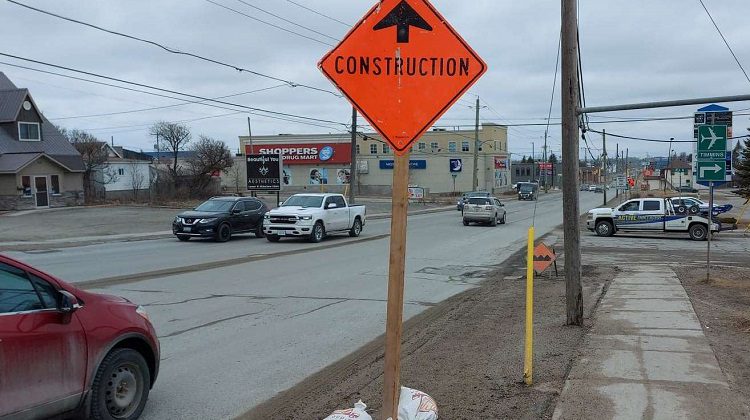 THE SIGNS HAVE IT. As early as next week, machines and workers will begin rebuilding Algonquin Blvd. between Thériault and the bridge. (Bob McIntyre, MyTimminsNow.com staff)

UPDATE FRIDAY, APRIL 9: Today, the province announced that it’s chipping in $3-million dollars towards the project, under its Connecting Links program.

The signs are in place. You might notice a bit of preliminary work on Algonquin between Thériault and the river.  The city’s public works manager says phase 1 of major construction could begin as early as next week.

Ken Krcel says the first work will be on Mattagami Blvd., just south of the bridge.

“That forces Algonquin down to a lane in each direction, so that they can work within the intersection to do all the underground infrastructure work and then rebuild the road from the bottom up,” he outlines. That stretch will eventually be the route to and from the main detour, Wilson Ave.

Even before then, Krcel says you might notice some other preparatory work.

“There’s some pole work for NorthernTel that has to be done at Fogg and Algonquin. They plan on doing some lane reductions for that work as well, but they’re hoping to do it in off hours and still keep Algonquin open.”

Krcel suggests that this is a good time for drivers to get used to other east-west routes; and for truckers to start using the Shirley St.-Lafleur Dr.-Laforest Rd. bypass around the work.