This group is taking action to clean up notorious garbage 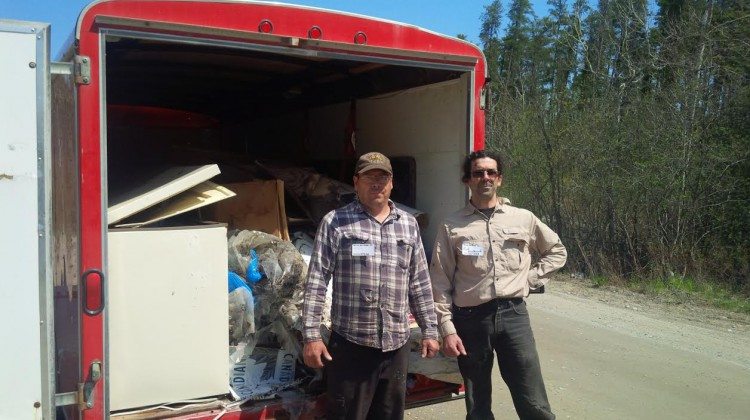 16,557 pounds of garbage and 300 pounds of recycling was cleaned up over a six kilometre stretch by good Samaritans this weekend. The Kinsmen club adopted the idea from a local woman to get people out to clean up Pine Street South. President of the Timmins Kinsmen Club, Rick Westbrook, says they are trying to set an example.

“We still have to watch for, and report, the people that you see dumping,” says Westbrook. “If somebody is illegally dumping, snap a picture of their vehicle, get their plate number, say hi, tell them you’re going to post it on Facebook.”

Westbrook says don’t get into a physical altercation over it, just get the license plate number so it can be reported. The garbage clean up is something they want to start doing on an annual basis, all over the city.

“We live in such a beautiful community, and the bush out here is absolutely gorgeous,” continues Westbrook. “It’s not people that spend time out in the bush that are doing this, it’s people who don’t realize what we have here.”

Rene Betrand, owner the Timmins Ecological Beekeeping Association and member of the Kinsmen Club, says it’s not just about picking up the garbage.

“It’s to stop throwing garbage. Let’s enjoy nature, not destroy nature,” says Bertrand. “That’s the whole thing. Timmins is a beautiful area, I want everyone in Timmins to remember that.”