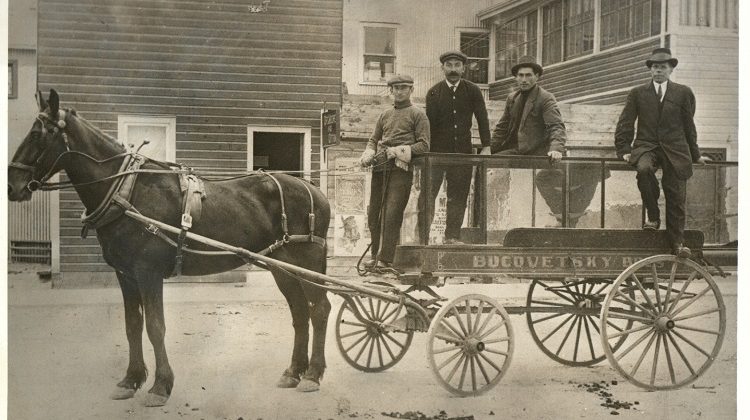 Last week, our look at Timmins history dealt with the first store in the downtown, built by J.P. McLaughlin in 1911. It was later the site of the Bucovetsky store.

Timmins museum director-curator Karen Bachmann says merchant Sam Bucovetsky arrived in Cobalt in 1907 via his native Poland and England, cashing in on the clothing needs of men working in the silver rush.

“Always an ear to the ground and an entrepreneur, he realized that Timmins was going to be another big mining area,” Bachmann recounts. “So he came up late in 1909 and established a business in Timmins as well in 1910.”

Bachmann adds that he sold the working men clothing, boots and mining supplies.

It burned in 1938 and was quickly rebuilt.

Next week in our look at Timmins history:  More about Sam Bucovetsky in the community.