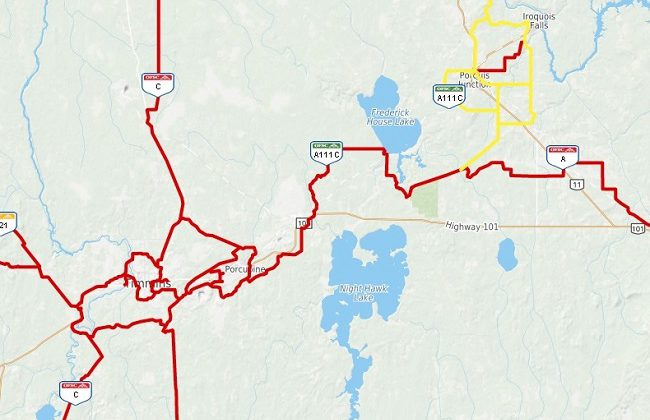 It’s the weekend you’ve been waiting for.  You can go for a rip on your snowmobile on trails in and around Timmins tomorrow. But don’t expect a lot of trails, or for them to be in top shape.

“You don’t have to be a genius to see up here that we hardly have any snow,” notes Timmins Snowmobile Club communications coordinator Gilbert Fortin. He says mostly packing work has been done on the trails, providing a connection to Iroquois Falls.

“Not to Cochrane yet. We’re waiting for Cochrane to do their side,” he adds. “But at least we’ll be able to do the Iroquois Falls and Matheson connection and obviously the city itself.”

Fortin says before you head out, check the trail map.  It follows the basic red-yellow-green formula. 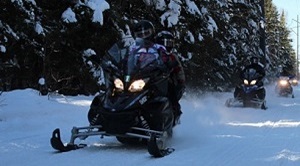 “You’re probably not going to see anything green,” he cautions. “It’s going to be all yellow until we actually get more snow. We have been out there packing since Christmas and New Year’s and this week, and now they’re doing an actual grooming with whatever additional snow that we got.”

Fortin says snowmobiling is allowed under the provincial state of emergency.  You just can’t cross from one health unit region to another.