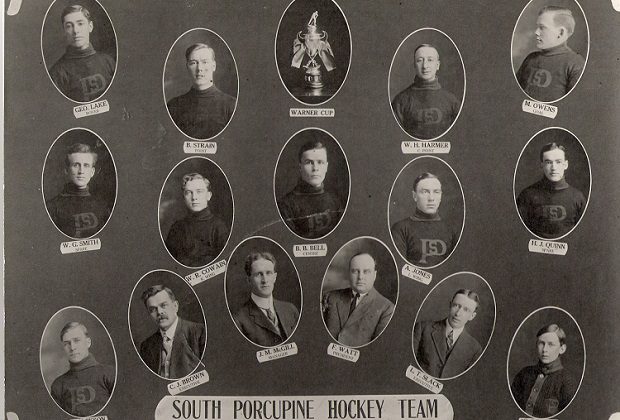 With the NHL hitting the ice again, we’re going to spend the next few weeks looking back at the history of hockey in Timmins.

We’ll eventually get to some of the names of three dozen or so NHLers to come out of here.  But museum director-curator Karen Bachmann starts with hockey being established in Cobalt.  That was about halfway through the first decade of the 1900s.  M.J. O’Brien of the Temiskaming and Northern Ontario Railway also owned a silver mine.

“So he founded the Temiskaming Hockey League and owned a number of teams in Cobalt and Haileybury and Renfrew and that’s what really started to gel things,” says Bachmann.

At that time, Noah Timmins was working in the silver mining town.  Bachmann says that’s where his interest in the sport began.

“Apparently there are some rumours and some stories about some of the big bets that were happening in those regions when those hockey teams were happening and were playing,” she relates, “one story about Noah Timmins betting $40,000 on the outcome of one of the teams, which is astronomical at that time.”

In next week’s examination of Timmins history: Noah Timmins establishes hockey in the Porcupine; and the beginnings of the NHL.