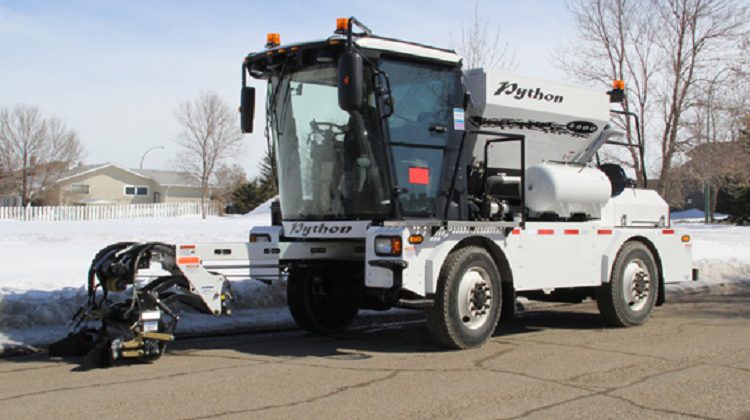 The Python pothole patcher can be operated by one person. Timmins expects delivery of one of these in six months. (Superior Roads Solutions)

A brand new Python Pothole Patcher is being ordered by the Timmins public works department.

City council has approved buying the $563,000.00 machine that can be operated by one worker, not an entire crew.  It should be delivered in six months.

In other council news:

Moose 93.1 finalist for a Nova Award for community contribution: ‘It’s what we do’