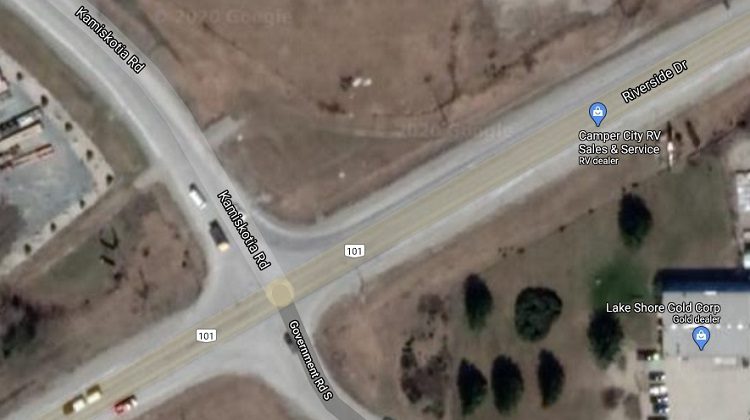 This is the intersection where impatient drivers are resorting to dangerous, illegal maneuvers. (Google Satellite View)

Timmins Police are trying to put the brakes on some dangerous things happening at the intersection of Riverside Dr. and Kamiskotia Rd.

Communications coordinator Marc Depatie says a number of close calls have been reported. Impatient drivers aren’t following the rules, going east- or westbound, when they’re behind someone waiting to turn left..

“They elect to pass on the right, using the intended right turn lane,” outlines Depatie. “That lane is much too short for that purpose. It creates an immediate traffic hazard.”

And that’s not all.

“We’re aware that drivers are leaving the roadway and entering onto the shoulder to complete this same type of pass,” Depatie adds, “and when it is observed by our officers, a firm but fair response will be the merited reply.”

Both of those risky maneuvers are violations of the Highway Traffic Act.