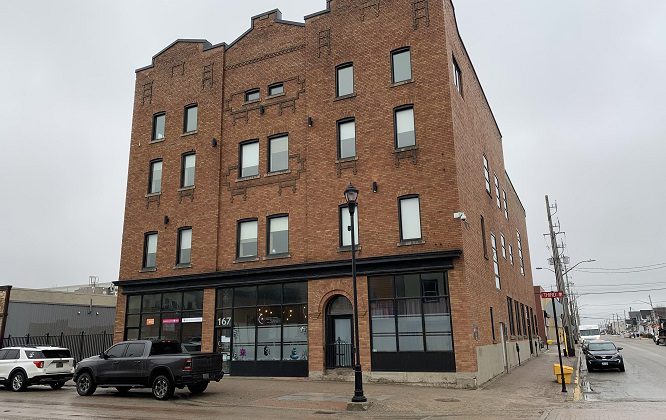 In this week’s examination of Timmins history, we continue to focus on movie theatres in the city’s early days.

Just like the Empire Theatre earlier, Leo Mascioli built the Goldfields Theatre in 1926.  The building still stands on the southeast corner of Third Ave. and Balsam St.

“It’s a film now that’s kind of gone by the wayside. Nobody can find I,” she tells us. “It was a story between two college guys who were after this college girl, and they had to write a song and all of these marvellous things. But the really neat thing about this film is that it was one of John Wayne’s first pictures.”

It was called “Words and Music” and song-and-dance man John Wayne was credited as “Duke Morrison”.

“And the other big thing for the Goldfields that year was aside from putting in all of that expensive equipment for talkies,” Bachmann continues, “was actually installing bathrooms. So there was a male bathroom and a female bathroom and everybody was happy.”

Next week: More on the early theatres in Timmins, and how big an attraction they really were.