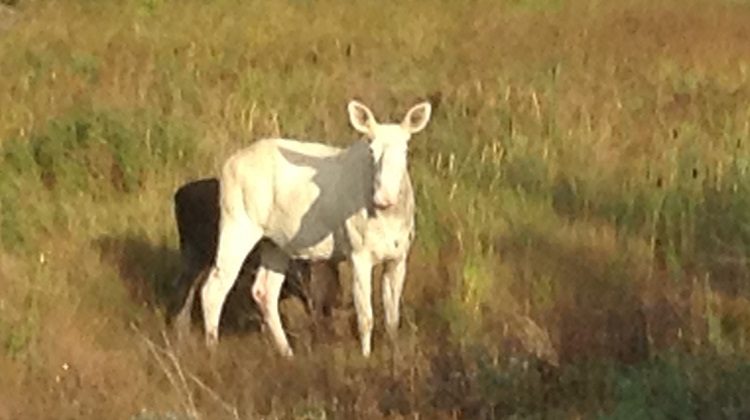 For the past four decades, people have been reporting white moose near Foleyet, about an hour west of Timmins.

One of them – a cow – was shot in late October.  That’s illegal, because the white moose is protected under provincial law in what is considered Wildlife Management Units 30 and 31. That area stretches from Kapuskasing to Timmins, and Foleyet to Chapleau.

MNRF senior media relations officer Jolanta Kowalski says the Foleyet area is the only known place in Ontario to find the majestic animals.

“It’s a genetic mutation and it’s caused by a recessive gene that happens within the broader moose population,” she explains. “White coloured moose aren’t a separate species. It’s just a mutation.”

Sometimes, the white is mixed with a bit of brown.  The animal has been protected by legislation for more than a decade.

“We gave them that protection back in 2006 to help the recognition of the importance of white moose – cultural and spiritual significance – to First Nations,” says Kowalski. She adds that it’s also to enhance viewing opportunities in the Foleyet area, as a draw to see something you won’t see anywhere else.