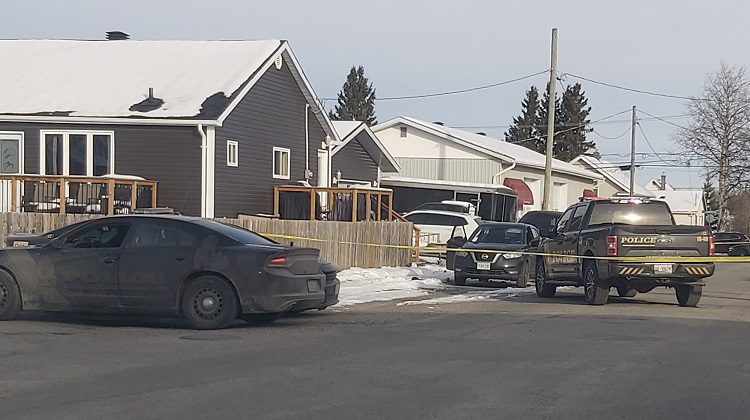 The intersection of Rea St. and Bannerman Ave. in Timmins is cordoned off following an early morning firearm incident on Saturday. (Shane Button, MyTimminsNow.com staff)

A man was shot by Timmins Police early Saturday, in the incident that resulted in Rea St. being closed most of the day at Bannerman Avenue.

In all incidents involving police in which someone is hurt, the provincial Special Investigations Unit takes over the investigation.

It says two officers responded to a home break-in in progress on Commercial Avenue at about 1:45am Saturday. When they arrived in separate cruisers, they saw two men take off in a vehicle driven by a woman. The officers managed to stop the getaway vehicle, demanding that the trio get out. One of the men got into a scuffle with one officer, then shot at the second officer.  The first officer fired his gun, hitting the suspect.

He was taken to the district hospital with serious injuries, then airlifted to another hospital.