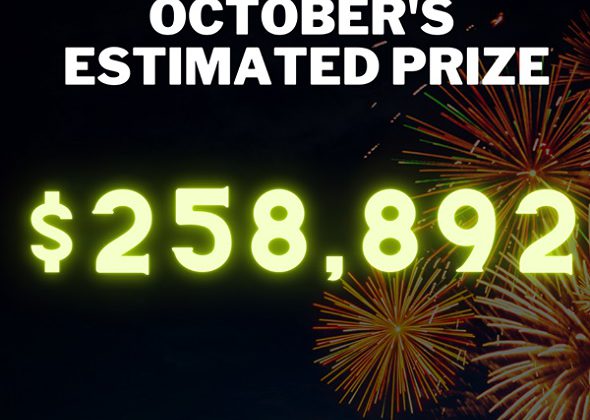 This is how the Timmins and District Hospital Foundation announced the ultimate jackpot for the October 50-50 draw. (TAGHF/Facebook)

The final jackpot for the second monthly 50-50 draw for the Timmins and District Hospital Foundation topped $250,000.

She says the winner has been contacted, and their identity will be revealed once they’ve come to terms with the big news.

“Because that’s a very exciting call to receive when you’re being told you’ve just won a quarter-million dollars.”

McCormick says the draw also boosts morale among the hospital’s health care workers by five or ten notches, knowing that their work is really appreciated.

“They go through some really tough stretches and tough days,” she comments. “But these are the vision that they all know they’re all doing good and it’s shining through when everyone supports a fundraising event like this.”

Another example is that in the first two months alone, the foundation has raised closed to half-a-million dollars towards equipment and renovations at the hospital.

Tickets for the November online draw are on sale at the foundation’s website.