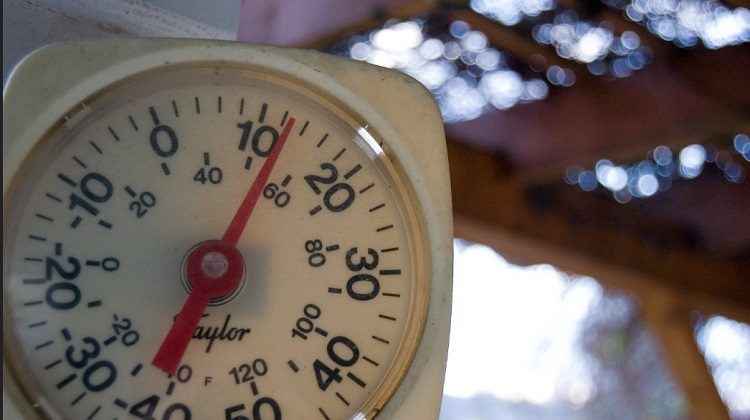 You wouldn't know it from this morning, but Environment Canada meteorologist Peter Kimbell says our thermometers should be in the +10 range next week. (flickr.com)

Yes, it is October 30th, and yes, it felt more like January 30th outside this morning.

Overnight, the temperature bottomed out at -19C at the Timmins Airport, where Environment Canada records such things.

“I could not find anything comparable in our database quite as cold as this for late October,” he says. The closest he could find were a couple -15s in the 1920s and 30s.

Kimbell says that into the middle of next week, temperatures will be above zero with a bit of rain and snow.

“But then we warm up remarkably, so we should be up into +10.” That should hold into the first full weekend of November.

“In spite of the cold we’re experiencing now,” Kimbell predicts, “it is going to be a whole lot different next week, but the snow will probably come again by the second weekend of November.”