End of the road for the big red Coke trucks 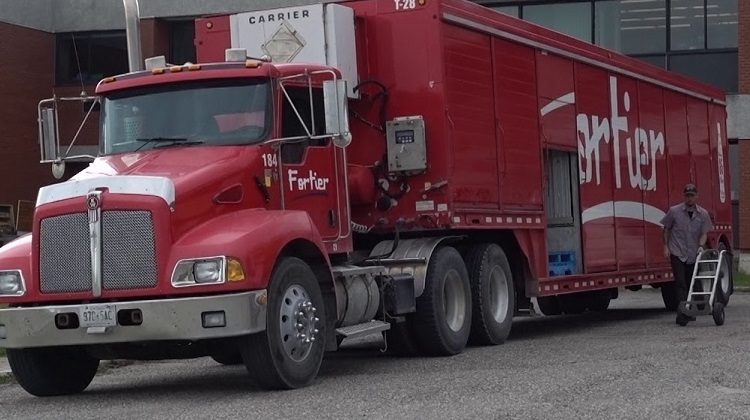 As of Friday, October 30th,  your daily fix of Coca-Cola will not be bottled and delivered by Cochrane-based Fortier Beverages.

After 68 years, it’s giving up the soft drink, food and dairy side of its operations, keeping only Aqua-Nor and Culligan water and Log Cabin coffee.

Ray Fortier, who turns 81 in February, says the company started as Cochrane Bottling Works in 1952, serving Porquis to Hearst, including Moosonee.

In 1955, it bought Timmins Bottling Works and changed the company name to Fortier Beverages.

“It just kept growing from there,” Fortier remarks. “We’ve added ten other bottlers to our territory. Now we’re stretching from Temagami right up to Geraldton, including Nakina.”

The Deshaies Group from Amos, Quebec is taking over the Coke, food and dairy business.

Fortier says 30 of his workers are being transferred to the new company.  The other 15 or so are staying with his.  He says the employees were at the top of the list when it came time to negotiate the sale.

“The employees are the ones that put me where I am today,” he says in tribute. “We made sure that they were well protected. So they’re going to have the same insurance plan that we’ve had, they’re still going to have the pension plan they’ve kept their seniority.”

Eighty-year-old Ray Fortier says instead of working from 5:00 or  5:30 in the morning until 5:30pm, he’ll try starting his day at 8:00am instead.  He says the decision to sell comes from a few family health issues popping up.

Another COVID-19 case on the coast

Catton cracks down on isolation, trying to stem spread of variants in PHU territory