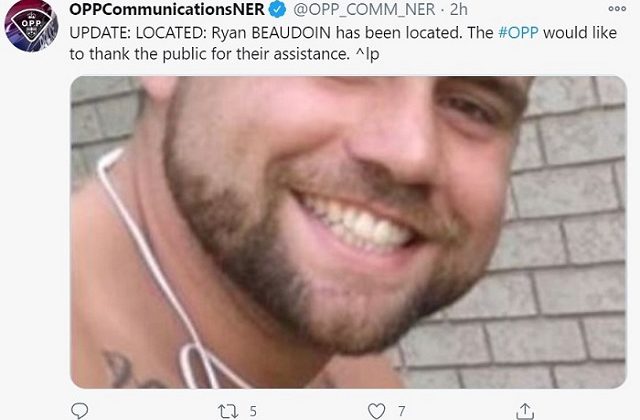 UPDATE at 8:00pm: In response to an inquiry to the OPP James Bay detachment on when, where and in what condition Beaudoin is in, the reply is “He was located in good health.”

A Twitter posting apparently from the North East Region of the Ontario Provincial Police reports that the two-and-a-half-month search for Ryan Beaudoin has ended.

It gives no other information.  My Timmins Now Dot Com has reached out for confirmation and details from the James Bay detachment.