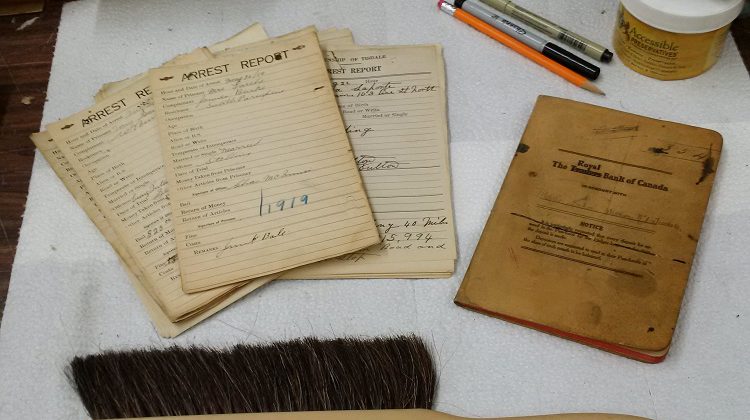 In this week’s look at Timmins history, we pick up where we left off last week.

Museum director-curator Karen Bachmann was telling us about the treasure trove of old documents found in the Tisdale Township public works garage in South Porcupine.

Among them were the notebooks of township police officers, from as far back as the time the area was little more than a mining camp.

“A lot of bootlegging in the camp, some high grading, some prostitution things and then a lot of really interesting ones about speeding,” she outlines. “Speeding on the road between South Porcupine and Timmins. ‘We caught him going at 35 miles an hour. Threw the book at him.’”

Bachmann credits the producers of the TV show “Salvage Kings” for recognizing the historical value of the documents as they prepared to tear the building down. Among them are general ledger accounts from the 1920s.

They’re now all part of the archives at the Timmins Museum.