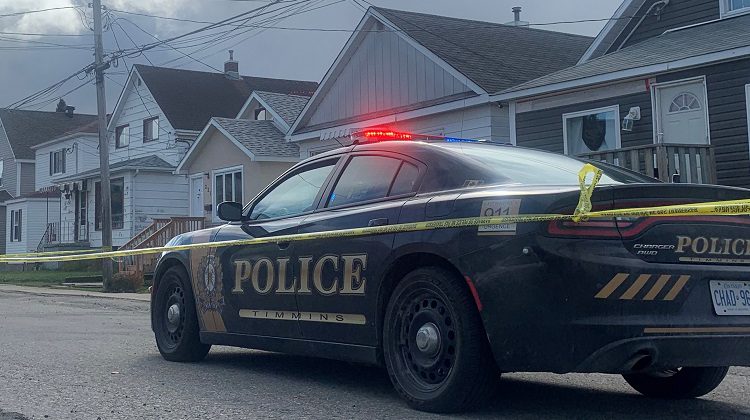 A Timmins Police cruiser on sentry duty outside the house where explosives were found. (Matt Fisher, MyTimminsNow.com staff)

Timmins Police have an area of Balsam Street North under containment. Communications coordinator Marc Depatie says explosives were found while officers were on an unrelated call early this afternoon.

“The immediate area remains under the control of the Timmins Police Service,” he adds.  “We’re awaiting the arrival of the OPP’s explosives disposal unit to dispose safely of the explosive devices.”

People have been removed from the building. The OPP explosive disposal unit is on its way to determine the best way to dispose of the explosives.

City police say the situation is at a specific address only, and there is no active threat to anyone.

With files and photos from Matt Fisher 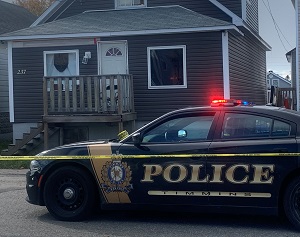 The house where he explosives were found.
(Matt Fisher, MyTimminsNow.com staff)

The potentially explosive incident on Balsam Street North yesterday started out as a landlord-tenant dispute in a house divided into apartments.

Officers responding to it discovered what they call “explosive materials and other items worthy of further police scrutiny”.

The OPP explosive disposal unit arrived at about 9:00pm to remove the explosives.