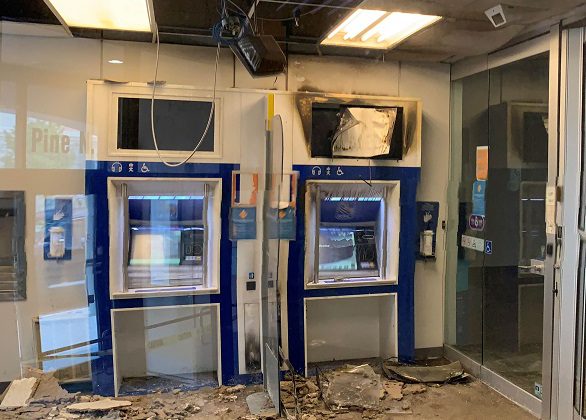 Damage to the RBC ATM lobby at the 101 Mall. (Bob McIntyre, MyTimminsNow.com staff)

A fire in its ATM lobby last night kept The Royal Bank at the 101 Mall from opening this morning.

Timmins Police say they got an ATM alarm and then a fire alarm at about 9:30 last night.

Whoever deliberately set at least one garbage can ablaze had fled.

Forensic identification officers have seized exhibits from one of the garbage cans.

The sprinkler did its job, but the ATMs were both damaged.

Crime of the week: Looking for thieves who left their stuff at the scene of the crime