The genesis of the Bill Barilko billboard 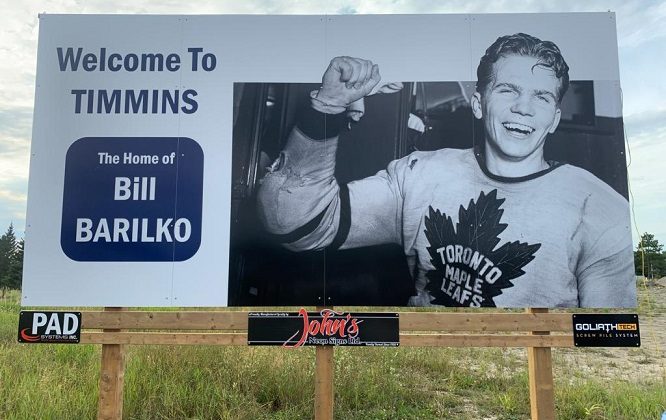 For this week’s look at Timmins history, we’re going to revisit last week’s unveiling of the billboard honouring Bill Barilko.

He’s the Timmins-born defenceman who scored the Stanley Cup winning goal for the Toronto Maple Leafs in 1951… then went missing north of Cochrane that summer, while on a fly-in fishing trip.

Mark Fera is the ultimate Leafs memorabilia collector.  He drove to Timmins last year from Brampton, to see the wreckage of the plane. He pointed something out to Mayor George Pirie and local Barilko historian Kevin Vincent.

That set in motion the process leading to the sign unveiling. 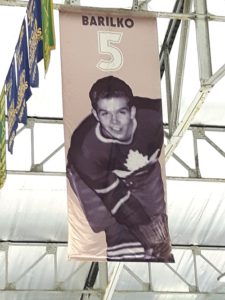 The Bill Barilko banner in the rafters of the McIntyre Arena.
(Bob McIntyre, MyTimminsNow.com staff)

Fera has been to Timmins four times in the past year.  He says he loves it here and calls it his second home.