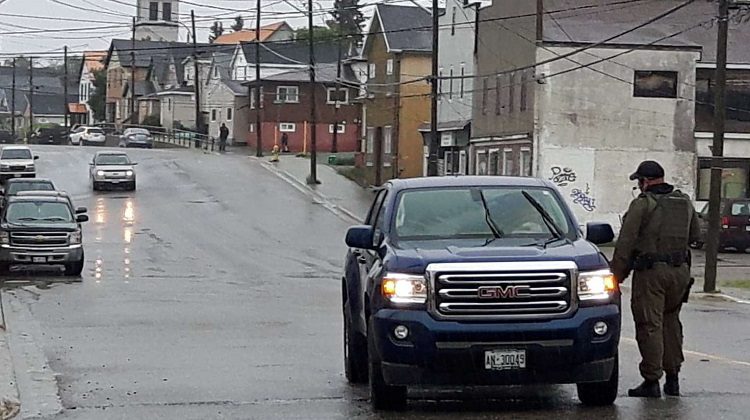 Police had Schumacher under restricted access during the manhunt for a 19-year-old and a 16-year-old fugitive. (Bob McIntyre, MyTimminsNow.com staff)

Timmins Police have arrested the fugitive they spent the day looking for in Schumacher.

A couple of hours after reopening Schumacher, officers arrested the 19-year-old from Toronto on James Avenue.  It’s the short street off the north end of Brunette Road that connects Lakeshore Drive and Toke Street.

A person under the age of 18 was also arrested.  Police aren’t revealing the connection between the two, at least until a news release Wednesday morning.

The saga began when, police say, the man was involved in an altercation with officers in a hotel parking area in Timmins.  He took off.  The search began when his car was found in Schumacher a short time later.

Thunder Bay Police are confirming that the 19-year-old man who was the subject of that search in Schumacher yesterday, is wanted in that city for first-degree murder.