Mini-putt in the COVID-19 world 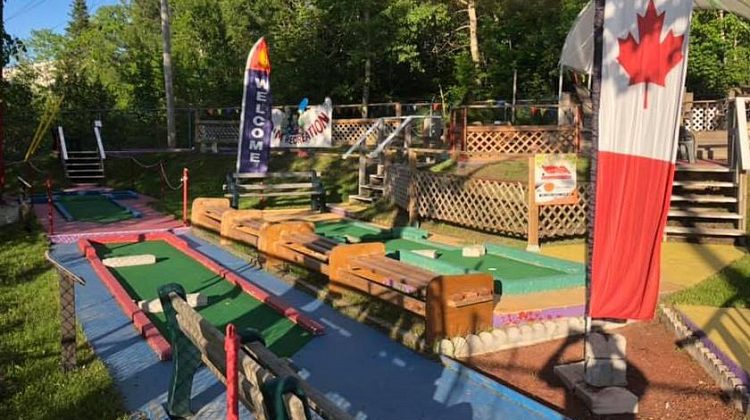 Not even mini-putt can escape coronavirus and the health precautions brought about by the pandemic.

Don Marcoux is the longtime owner of Mini-Putt and Batting Cages in Hollinger Park. It’s open for the season, and the first difference you’ll notice is the red dots at the entrance, illustrating the physical distancing requirement of about six feet.

Marcoux says once you’re on the course, you’ll be on hole number three before the next group starts at number one.

“We’ve sterilized all the putters, all the additional supplies required that they’re going to be using on the course,” he adds. “So we’ve put some thought into it and we’re working with the authorities to make sure that we’re in compliance and we’re going from there.”

The same process is in effect for the batting cages.

“You’ll be receiving the bat at the window,” says Marcoux, who’s been at Hollinger Park with his games since 1988.  “It’ll be wiped down for you and you’ll go into the batting cage.  Once you complete that activity, you’ll bring the bat back to the window so we can re-sterilize it before the next person uses it.”

Same goes for the batting helmets.