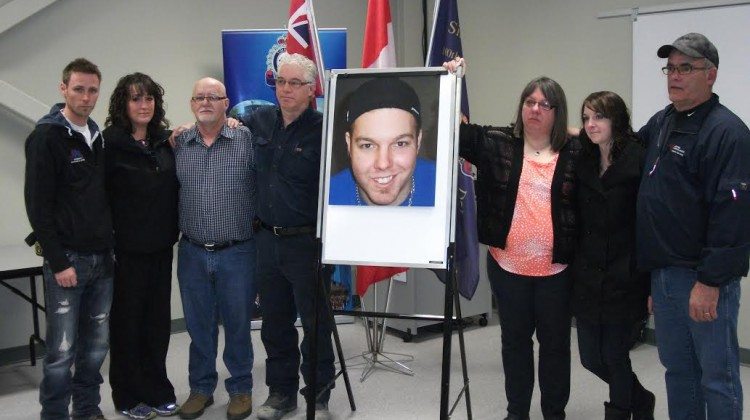 The Timmins Police and the OPP are working together to stop Fentanyl abuse.

A large press conference was held Friday afternoon to announce a new task force, spearheaded by local MP Charlie Angus. Angus is calling for a bar code system to track where the patches end up.

Included in the task force are family members of 26 year old Scottie McKinnon from Iroquois Falls. McKinnon died from a Fentanyl overdose on Boxing Day in 2014.

His uncle, Jeff Martin, says they are hoping to call the task force the Scottie McKinnon – Fentanyl public awareness campaign.

Photo: Scottie’s family with his photo, who all came to the Fentanyl Taskforce press conference