Why the number of bear calls is so high this year, according to the MNRF 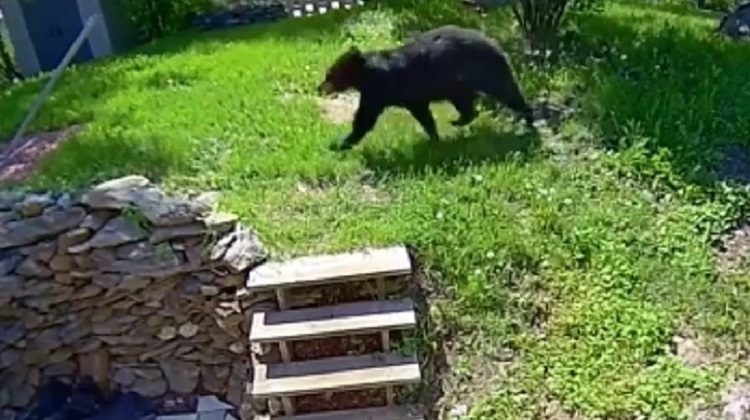 This bear was caught on surveillance video in a back yard in Timmins late Monday afternoon. The eight-year-old girl who lives next door named him John. (Photo submitted)

The Ministry of Natural Resources and Forestry says bears are wandering into people territory, because the cold, delayed spring means less vegetation, such as grasses, leaves and dandelions.

Regional outreach specialist Karen Passmore points out that the bears have been looking for garbage and bird feeders, as well as other food sources.

“Bears also have a good memory,” she points out.  “So they’re going to return to the place that they’ve already found a successful meal, even a few times after that attractant has been removed.”

Passmore says that across Northeastern Ontario, there have been 623 calls to the Bear Wise line since April 1st  compared to 450 last year.

“We’re starting to get more warm weather and rain, so that really should help with natural foods.  We had three really cool nights over the weekend, but hopefully that hasn’t affected natural food or the berries, but it’s really too early to tell with the berries.”

Passmore says your entire neighbourhood should manage bear attractants well.  If the animal finds your backyard smorgasbord shut down, it could find one next door.