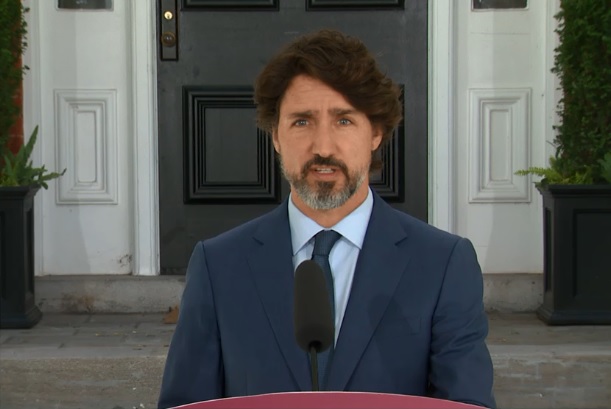 The federal government will soon allow some immediate family members of Canadian citizens or permanent residents to come to Canada.

Prime Minister Justin Trudeau announced the new limited exemption will keep in place strict quarantine rules to ensure no cases are imported as a result.

He said those who don’t follow the quarantine rules would face serious penalties, with more on the matter to be announced by Marco Mendicino, the Minister of Immigration, Refugees and Citizenship later today.

Trudeau also commented on his presence at the Anti-black racism protests in Ottawa last Friday saying he went to show his support and listen to what community leaders and black Canadians are calling for.

Trudeau defended his actions saying it was important for him to be there and many efforts were made to wear masks and to continue social distancing.

Trudeau said he spoke with Commissioner Lucky of the RCMP this morning where he was assured the commissioner will use all available tools to take quick and solid actions.

He also said that he discussed the adoption of body cameras, saying he is committing to raising this with the provinces this week so Canada can move forward as quickly as possible on implementations.

Trudeau says his government is addressing these systemic issues, mentioning an investment in mental health resources and youth programs for black Canadians.

He also highlighted the funding for Statistics Canada to create a gender diversity and inclusion statistic, eventually leading to the release of Canada’s Anti Racism Strategy for 2019-2022 and the creation of an Anti-Racism Secretariat as well as appointing a Minister last fall to focus specifically on diversity and inclusion.