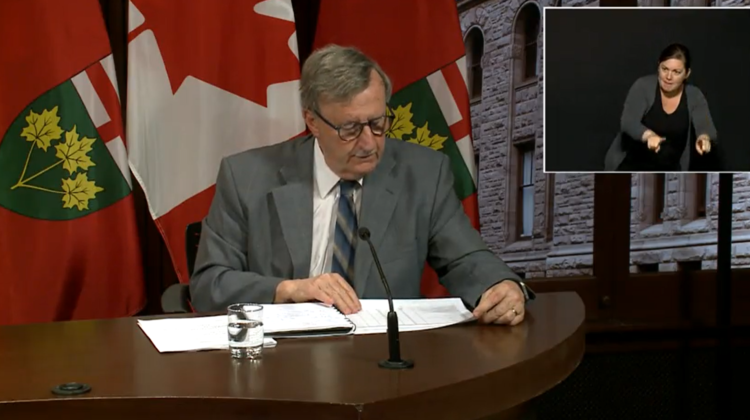 According to Ontario’s Public Health officials, the spike in daily new cases seen over the past five days is mainly because of Ontarians not sticking to public health measures two weeks ago on Mother’s Day.

Dr. David Williams says on long weekends, people have a sense of “throwing off all caution”, something he says concerns him as he waits for the numbers from the Victoria Day long weekend that we should start seeing over the next week.  He says he understands that people are pent up and anxious to go out, but is quick to point out the extreme difficulty of contact tracing in the event of a large congregation like the one in Toronto this weekend.

The nearly 10,000 Torontonians who were in Trinity Bellwood park last Saturday are getting conflicting advice as this afternoon Premier Ford said everyone who was at the park on Saturday should go get tested at an assessment centre. Later, the province’s Chief Medical Officer asked all those who were at the park over the weekend to self-isolate for 14 days, avoid contact with vulnerable groups and wear masks when a 6-foot distance is not possible.

Dr. David Williams was very clear in not recommending they all go for testing at this point, saying they should self-monitor for symptoms and then get a test at the end of the 14-day period.