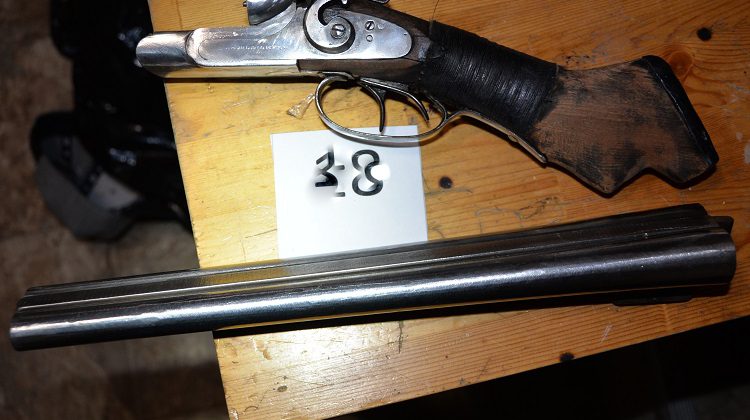 This shotgun was seized during the raid. (Timmins Police Service)

A late afternoon raid Tuesay at a Balsam Street North apartment ended with the seizure of some drugs… money… a sawed-off double-barrel shotgun and three TV sets that Timmins Police believe are the proceeds of crime.

Three men, aged 24, 26 and 29 are all up on drug, weapon and possession of property obtained by crime charges. 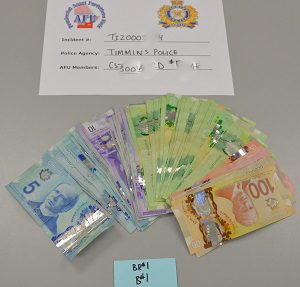 Some of the cash seized.
(Timmins Police Service) 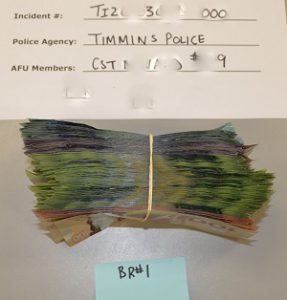 Over 14-million Canadians have now applied for CERB