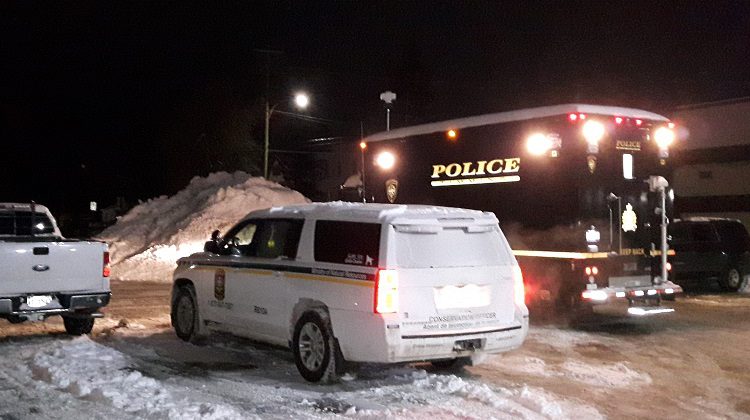 A mobile police command post and a Ministry of Natural Resources and Forestry canine unit vehicle at the 101 Mall. The area is sealed off from Algonquin Blvd. to Sixth Ave. and Hemlock St. to Pine St. (Bob McIntyre, MyTimminsNow.com staff)

Timmins Police expect the search of an area just north of Algonquin Boulevard to keep them there all night.  They’re looking for a suspect or evidence into a report of a gunshot being fired in the area of  Spruce Street and Sixth Avenue.

Communications coordinator Marc Depatie says that at around suppertime last night, they taped off the area from Algonquin Blvd. to Sixth Ave.,  and Hemlock St. to Pine St.  A command post was established in the parking lot at the 101 Mall for the emergency response team and forensic identification officers.

“There is no immediate threat perceived by police to any residents of that area,” states Depatie.

Residents are being allowed to get home tonight, and can get out to go to work or school in the morning. 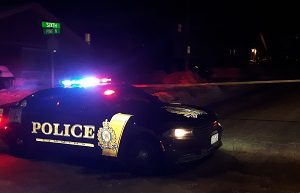 Depatie says more information will be released in the morning, to accomplish at least two things.

“Firstly, dispel rumours that are taking root on certain social media platforms as well as reduce the overall anxiety stemming from this event.”
Investigators want to talk to anyone with information that could help them determine exactly what did happen.

Depatie reminds us that that can be done anonymously through Crime Stoppers.