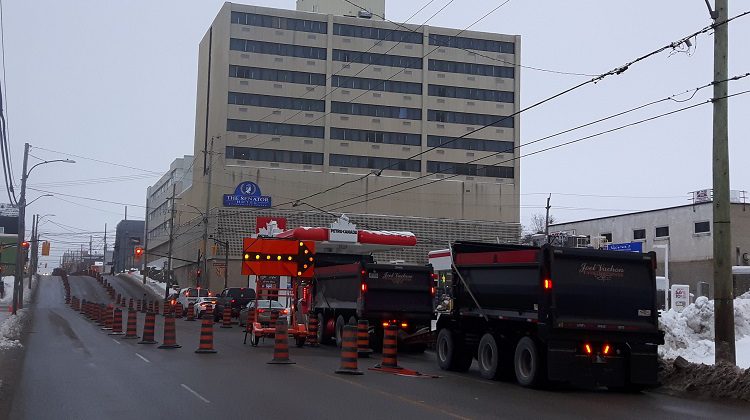 Drivers are starting to wonder if a week will ever go by without Algonquin Boulevard being closed at Mountjoy Street. That’s what they encountered early this morning.  City of Timmins public utilities manager Scott Tam says it’s because of an emergency repair to a manhole.  Once paving is done this afternoon, traffic will resume. When this photo was taken shortly before 9:30am, one lane was open in each direction. (Bob McIntyre, MyTimminsNow.com staff) 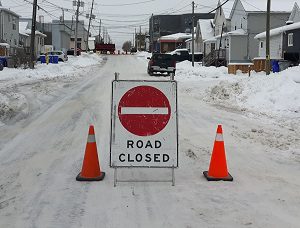