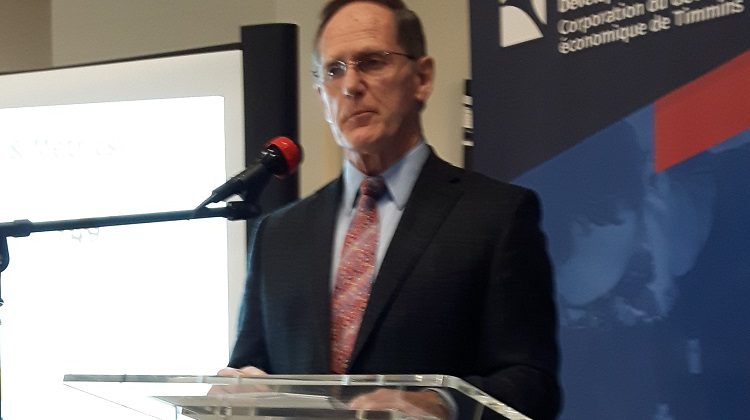 The chairman of the Timmins Economic Development Corporation says he’s cautiously optimistic about the local economy over the next year, waiting for the right signals from a couple of projects.

He uses Iamgold as an example, saying its board is looking for another investor.

“That represents over a billon dollars of investment to bring that mine onstream.” he cited, “ and the creation of a thousand jobs probably, during the construction phase and about three- to four-hundred in operations.  Those kinds of things on the periphery that we’re just waiting for the sun and the moon to along to move forward.”

Gibbons notes that a sign of economic optimism.is the continued expansion of small and medium enterprises.

Timmins did not get to be the site of the Noront Resources ferrochrome smelter, as announced a few months back.  Still, the TEDC is monitoring it, believing there will be opportunities related to it.

Gibbons bases that belief on Timmins’ status as a mining service centre.

“We have such a high degree of expertise here in the community and so much technology was invented and prototyped here and a lot of professional expertise and of course a very strong labour force which is mobile within that particular industry,” he lists off.  “So we know that there will be benefits that accrue to Timmins.  We just won’t have the benefit or neither the mine nor the smelter.”